I’m not turning on the news today because I don’t want to hear more information about the crazy man who murdered 12 people in DC. We, as a country, aren’t going to do anything about it anyway, so why all the fuss. Unfortunately, what I did read were some of the texts coming out of the crowning of Miss America. Miss 7-11, Miss Arab (pronounced A-Rab), Miss Muslim. This is Miss ‘Merica not Miss India. I hope she doesn’t read the paper for a week or so either. By then, I’m sure the short-attention-span bigots will have found someone else to attack. Meanwhile, I want to share with you my thoughts about race and how it has affected my life.
• When I was a little girl, I was riding with my mother in her Cadillac to the grocery store. We were approached in the parking lot by 2 police officers. They asked my mother for her identification. When she inquired what she had done, the reply was that she didn’t look like she should be driving a new Cadillac. She told me to be quiet. I was crying. They suggested she was part of a stolen car ring and we needed to get out of the vehicle and into the police car to be taken to the precinct for questioning. I remember the ride to the station. I was terrified. My mother was pissed. My mother called our lawyer, Leroy Vital (Google him). I remember the chief, feet up on his desk, asking my mother where a Negro lady got the cash to buy such a nice car. He said HE couldn’t afford a car like that. My mother replied that it wasn’t her fault that he was a failure. Our attorney arrived just in time to have us released just as two deputies were about to remove me from the room and away from my mother.
• My father’s sister told my father that she supposed it was okay that he married my mother, as long as they didn’t have children….
• In college, some kids were in my dorm room. I had a photo of me with my parents on my desk. I was asked why I had a picture of my dad and the moulinyan maid. I didn’t even know what that shit meant. Someone wrote “Half-breed” on our eraser board on our room door. I brought it to the attention of the RA, also warning him that when I found out who was responsible, I would be beating their ass.
• My husband and I entertained friends for dinner one evening. Our friend asked to bring along a relative who promptly told us he had to leave early before the niggers came out. Much to my dismay, our guests apologized to me, as if I was the only one who should have been insulted.
• My mother was shopping for groceries and I was standing apart from her at the meat counter. I overhear some men laughing about the nigger lady who was buying pork ribs. I was too small to respond to them, so I cried and never told my mother why.
• I was shopping in Nordstrom at Oak Brook with my mom and my Aunt Ruth Ewing. We were followed all over the store. We had a lot of bags, but so did everyone else. We were approached by security and asked to step in to a back office. My Aunt Ruth called her husband, famous investigative reporter Russ Ewing (who cracked the John Wayne Gacy case) who came down to the store with a camera crew. THAT was fun to sit back and watch.
• Walking with my girls when they were little, a lady asked if they were my daughters. My goodness. They are beautiful but look so different. Do they have the same father? My reply was Shrug: “I don’t know.”
• Not too long ago, I had a women grab her purse when I passed her grocery cart. I responded, “Bitch, please”.

For most of my life, I have floated virtually undetected through the mysterious world of white people. I have had the opportunity to observe, from an insider point of view, what makes people tick. First of all, when it comes to race relations, many white people I have encountered are passive aggressive, displaying their feelings through hostile jokes and negative commentary. I have listened to rants about Malcolm X, Al Sharpton, Muslims, Michael Vick, OJ, professional sports are too black, President Obama, The Butler, Django, Paula Deen, race mixing and the horrible effect it has on the children. It seems that all their fears manifest into these tall tales about how black people are taking over our country. Well, we only make up 13.1% of the population, and most of that is Detroit and Jackson, MS. Once it is determined that I am not in agreement with this silliness, I am quietly kicked out of the club as too risky a security breach. Consequently, my husband and I are not invited to as many parties.

My favorite of late was suggested to me that white people need civil right activists for all the wrongs done to their race. Yet, I have yet to meet someone who has actually been able to articulate any facts to substantiate this argument. Yes, it is an opinion to which everyone is entitled. Yet, we have to agree that it is pretty shitty when a young man can’t walk to the store for Skittles and iced tea and make it home alive. Shouldn’t you be able to knock on a door to ask for help after being injured in a car accident without fear of being shot 10 times? But I digress. My point is that we all should be able to admit that it is much easier to be white in the United States than any other race. As Chris Rock so eloquently put it “No white man would ever switch places with me, and I’m rich”. Quit your complaining.
Now, black folk will usually claim everybody of color. When we find out you have a trace of black in your family, you’re family. To name a few, we claim The President of The United States, Tiger Woods, The Rock, Halle Berry, Slash, Mariah Carey, Pete Wentz, Chris Humphries, Wentworth Miller, Maya Rudolph, even Carol Channing (yes, Carol Channing). White people share this same sentiment. You’re black. Here’s one that will make your head to pop off: Steve Jobs, half Syrian.
The racial objection many blacks have with white folks comes from a place of inequality and distrust. In my case, I will add low self-image. Growing up, some of the black girls thought I had better hair which, as a child, was a bone of contention. I recall seeing them make the imaginary scissor fingers at me and mouthing “after school”. Also, being “light skinned” wasn’t always my darker sisters’ invitation to befriend me. I imagine all this has something to do with being bombarded by images depicting the American beauty standard as fair skinned, stick skinny with long hair. I get it.
When someone tells you “It’s a black thing, you wouldn’t understand”, they’re telling the truth. Unless you can contribute a story like the few of many I have highlighted above, you really have no idea what it’s like to be judged on a daily basis by the color of your skin. Ask ANY black man, rich or poor, when, not if, was the last time they were discriminated against or profiled. Okay, if you’re gay, you probably get this. If you’re black and gay, heaven help you. Oh wait. You’re not going to heaven. Hahahahaha. I can joke. Some of my best friends are gay. Seriously.
My parents were the ideal role models for seeing people for who they are. What I have learned from them is that no matter what your race, we are all stewards of the human race. It is your responsibility to act. Don’t let others get away with biased language or behavior- speak up and out.
Take a position against hate and take a Stand Against Racism.

Imagine what would happen if we found the strength not to tolerate intolerance. Your silence defines you.
Which will you choose?
Peace 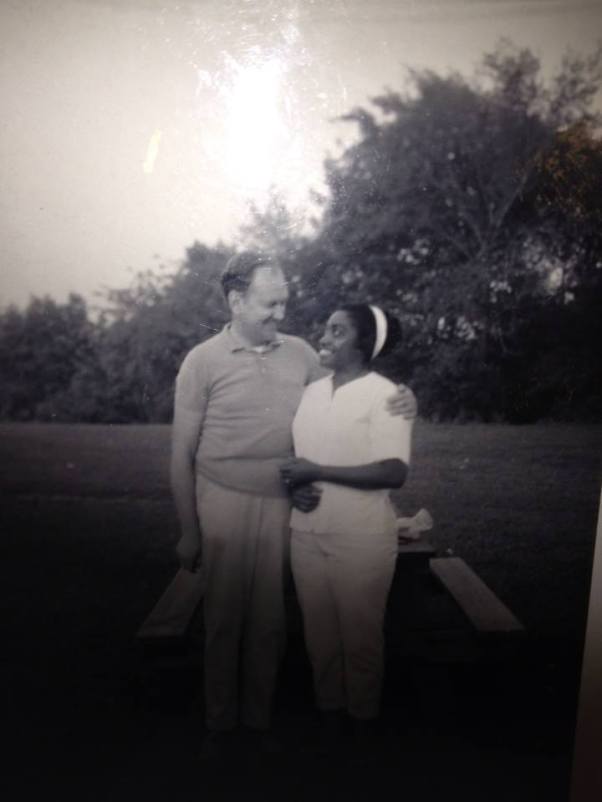